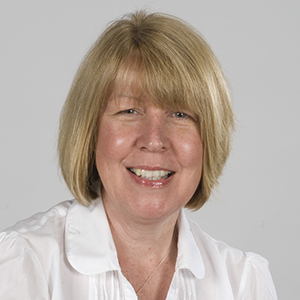 Esther is the Senior Hepatology Specialist Nurse Practitioner at Manchester Royal Infirmary. She trained in the Royal Infirmary of Edinburgh where she went on to become the sister of an acute general medical ward. Following marriage, children and re-location to Dundee she worked in medical audit which led to her setting up and running health promotion and chronic disease clinics in the primary care sector. After a further re-location to Manchester, she took some time out of nursing to spend more time with her family. In 2003 she completed a return to practice programme at the University of Manchester and her first job on returning to nursing was as an endoscopy staff nurse in Manchester Royal Infirmary. In 2005 she got the opportunity of supporting the rapidly growing hepatology service and a year later became a hepatology specialist nurse. Always an endoscopy enthusiast, Esther got the opportunity in 2007 to train as a nurse endoscopist. She now leads a team of hepatology specialist nurses primarily dedicated to the treatment and care of patients with viral hepatitis, her endoscopy and prescribing skills complement and complete her role.