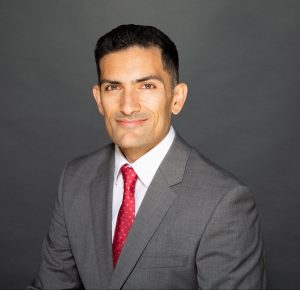 Haris Naseem qualified from the University of Manchester in 2007 and trained in surgery in London and the North West of England. This was followed by fellowships in limb reconstruction surgery in Leeds and Liverpool and in foot and ankle surgery at Wrightington Hospital. He has trained at the world renowned Ilizarov Centre in Russia as a BOA Travelling Fellow and visited overseas specialist centres in Canada and South Africa.

He is part of the limb reconstruction team at Manchester Royal Infirmary. Limb Reconstruction involves managing problems such as complex fractures, deformities, bone loss, differences in limb length (shortening and lengthening bones) and bones that have not healed after a fracture (nonunions). These problems can happen either from injuries or from other conditions during childhood and adult life.

Haris is also the foot and ankle MDT lead at Manchester Royal Infirmary. He manages a wide range of foot and ankle problems electively at Trafford General Hospital. His limb reconstruction experience has provided him with training on advanced techniques to offer his patients in managing such conditions, including those significantly affected by either disease or trauma.

He has had an interest in sports medicine for many years which has included being part of the medical team at the London 2012 Olympic Games.