Manchester University NHS Foundation Trust (MFT) was named as one of a very small number of centres in the UK to offer the revolutionary new treatment, widely regarded as the most exciting cancer treatment development in decades, in 2018. 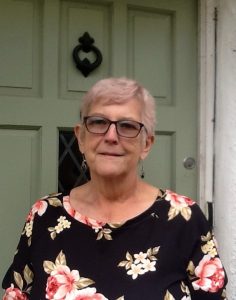 Janice Baker (right), from Romiley in Stockport, who is now retired, was diagnosed with large B-cell lymphoma – a type of cancer of the blood and lymph glands – in April 2018 after feeling unwell for several months.

She underwent two separate bouts of chemotherapy in August 2018 and February 2019, which didn’t manage to successfully treat the cancer. It was then she was offered CAR-T therapy at Manchester Royal Infirmary, which is part of MFT.

Janice, who was diagnosed with the cancer in the same week her husband Chris was diagnosed with prostate cancer, said; “Over the last 18 months my health was very up and down. At my worst I could barely get out of bed. I had to use a wheelchair, lost a lot of weight and hardly left the house, except for hospital appointments.

“When I heard I was eligible for CAR-T cell treatment I was thrilled as I had read up about the amazing results and it felt like a real lifeline. My chemotherapy had limited success which was unfortunate but did mean that I was a bit stronger to face the CAR-T treatment.

“The treatment itself was actually quite straightforward. The removal and replacement of cells is not that intrusive, and the wonderful staff were very attentive and kept a very close eye on me. There can be a few side effects but, fortunately, I had very few problems and the after effects were quite minimal.”

Janice had the CAR-T treatment in May 2019 in Ward 44, which is the Haematology Adult Transplant Unit and was an inpatient for a couple of weeks at the MRI before returning home.

CAR-T (Chimeric Antigen Receptor T-cell) therapy is a personalised medicine used to treat patients with certain types of leukaemia and lymphoma. It is a highly complex new type of immunotherapy which involves collecting and using the patients’ own immune cells to target their cancer in a process which is completed over a number of weeks.

Janice added; “After two weeks I was feeling encouraged that everything was going well. I was still quite poorly and it has been a long slog but I have slowly been building up my strength.

“I had a scan in August, which we hoped would show a significant decline in the cancer, but the results amazed both the doctors and ourselves, as it showed that the cancer cells seem to have gone completely.

“Things are now getting back to normal. I have been on holiday, am back to driving my car and, best of all, I have the energy to look after my Grandson. I really feel like I have the opportunity to start planning for the future again.

“I had another PET scan in November 2019, which was also clear, so I am feeling really optimistic now.” 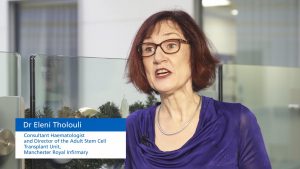 Dr Eleni Tholouli (right), Consultant Haematologist and Director of the Adult Stem Cell Transplant and CAR-T Therapy Unit at Manchester Royal Infirmary, and who has been involved in Janice’s care throughout, said: “We are delighted for Janice and her family that she has responded so well to CAR-T therapy. This is a ground-breaking new treatment for adult cancer patients at the MRI which uses the patient’s own immune cells, allowing us to create a powerful medicine tailored to an individual’s needs.

“So to see Janice have these incredible results in such a short space of time is really encouraging. This reassures us that we have to continue all the hard work and make this therapy available to more patients.”