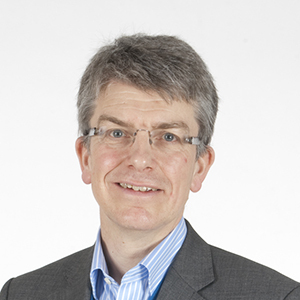 Mr Charles studied Medicine at Oxford University and the Royal London Hospital, qualifying in 1983. He underwent specialist training in Ophthalmology in Newcastle, Cambridge (where he completed an MD thesis in ophthalmic genetics) and Manchester, with extensive sub-specialist training in vitreoretinal surgery. He worked as vitreoretinal fellow in Manchester under Professor David McLeod. Mr Charles then worked as Consultant Vitreoretinal Surgeon at Ulleval University Hospital, Oslo, Norway, from 1995 until appointed Consultant Vitreoretinal Surgeon at the Manchester Royal Eye Hospital in the UK in 1997. He is currently Lead Clinician in the Medical and Surgical Retina Service at the Manchester Royal Eye Hospital.

Mr Charles has a longstanding interest in medical education and training: he organised the internationally recognised Vitreoretinal Fellowship programme at Manchester Royal Eye Hospital from 2000 until 2011, and remains involved in training vitreoretinal surgeons from the UK and Europe, and as far afield as Malaysia, Australia and New Zealand. He regularly gives lectures on vitreoretinal surgery, and is also a regular speaker on ophthalmology training courses for General Practitioners. He is a council member and recent Past President of the North of England Ophthalmological Society.

Mr Charles is a member of the following professional societies: