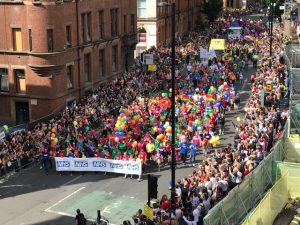 This year’s Manchester Pride Parade saw the biggest ever turnout from NHS staff across Greater Manchester with around 350 marchers, of which around 90 were LGBT staff and colleagues from every part of MFT.

We were joined by Geraldine Thompson, Lead Governor of MFT who walked alongside us to show MFT’s support for its LGBT staff. She very proudly held the NHS banner behind which we all marched as proud NHS staff.

We were such an impressive and colourful sight and the reception from the crowd was so overwhelming that we won ‘Best Overall Entry’ in the Parade. A great achievement for all involved! 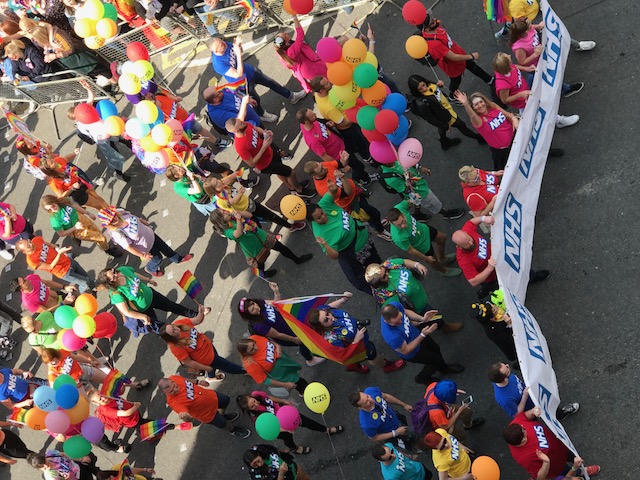