A group of pupils from Newall Green Primary School in Wythenshawe have helped design a set of creative posters encouraging patients and visitors at Wythenshawe Hospital to give up smoking.

The posters, which have now been installed at entrances around the site to deter people from smoking feature facts about the dangers of smoking and heartfelt messages from the children about quitting.

The posters use three different designs that were selected out of more than 90 drawn up by school pupils. The designs came about after Dr Matt Evison, Consultant in Respiratory Medicine at Wythenshawe Hospital, part of Manchester University NHS Foundation Trust, visited the school to give a talk about the dangers of smoking.

Pupils Ella, Grace and Zack first revealed the posters to the public in an unveiling ceremony, where they were joined by Dr Evison; Mandy Bailey, Chief Executive of Wythenshawe Hospital; and Ruth Perry, Head of School at Newall Green.

Grace, aged 10, said: “After seeing the pictures of the lungs in Dr Evison’s assembly, I realised just how harmful smoking is. I designed my poster to show other people the dangers.”

Zack, also aged 10, said: “When I saw the damaged lungs in assembly I immediately thought that it was so bad I needed to spread the word and tell people not to smoke.”

Dr Matt Evison, Consultant in Respiratory Medicine at Wythenshawe Hospital, said: “When we received the designs from the pupils of Newall Green we were absolutely blown away by the effort they put in and how much they had taken in from my talk. We knew we had something special on our hands and had to put these posters to good use.

“It was no easy task to pick just three winners, but in the end we went with the three that we thought would best resonate with the public. We hope when people see them it’ll help encourage them to reach out and get some support to quit smoking.”

Dr Evison is one of the consultants responsible for the CURE Project, which was launched at Wythenshawe Hospital in October 2018, in a first for the UK. The project ensures that all patients admitted to the hospital are offered medication to tackle their addiction to tobacco and support to help them stay smoke-free during their stay at hospital and once they go home. In its first five months the project led to a four-week period quit rate of 47% for those who accepted support.

Chief Executive of Wythenshawe Hospital, Mandy Bailey, added: “We are determined to make Wythenshawe Hospital a smoke-free site, where patients, visitors and staff don’t have to worry about the impact of cigarette smoke. These new posters serve two important purposes: requesting that people do not smoke on hospital grounds, and encouraging them to give up smoking for good. Thanks to the children from Newall Green Primary School we’re now a step closer to making both our hospital and our community a happy, healthier place.” 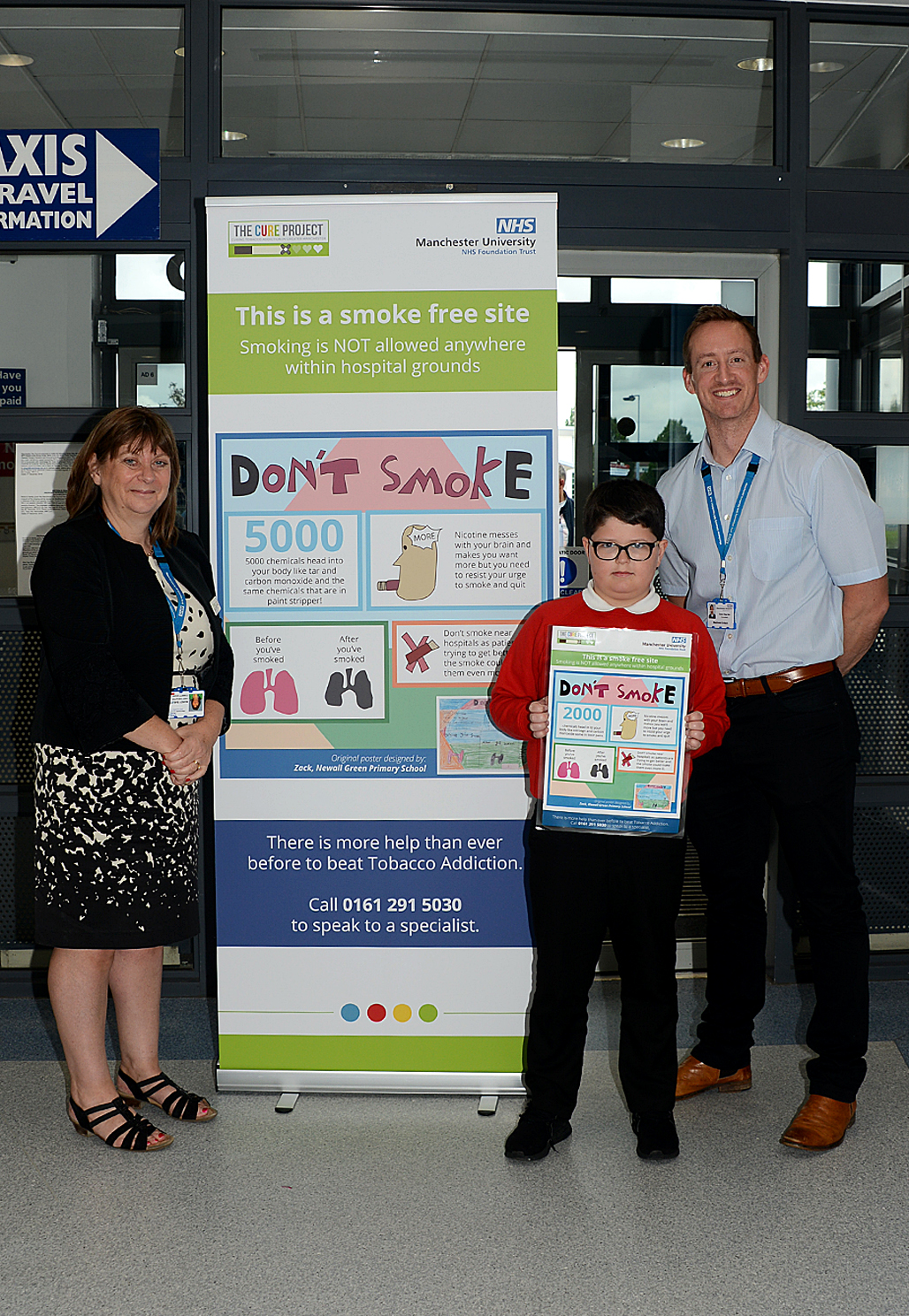 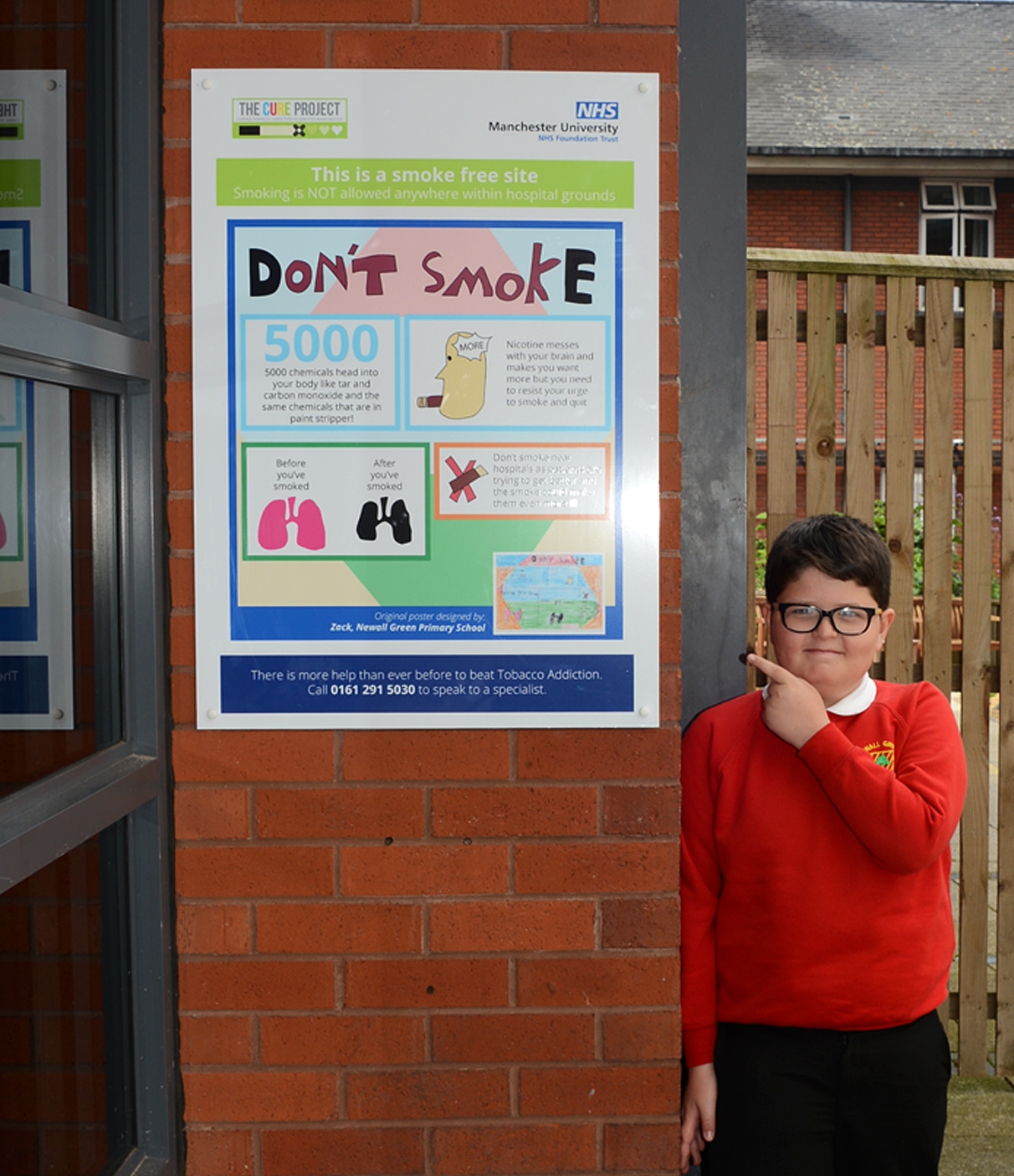 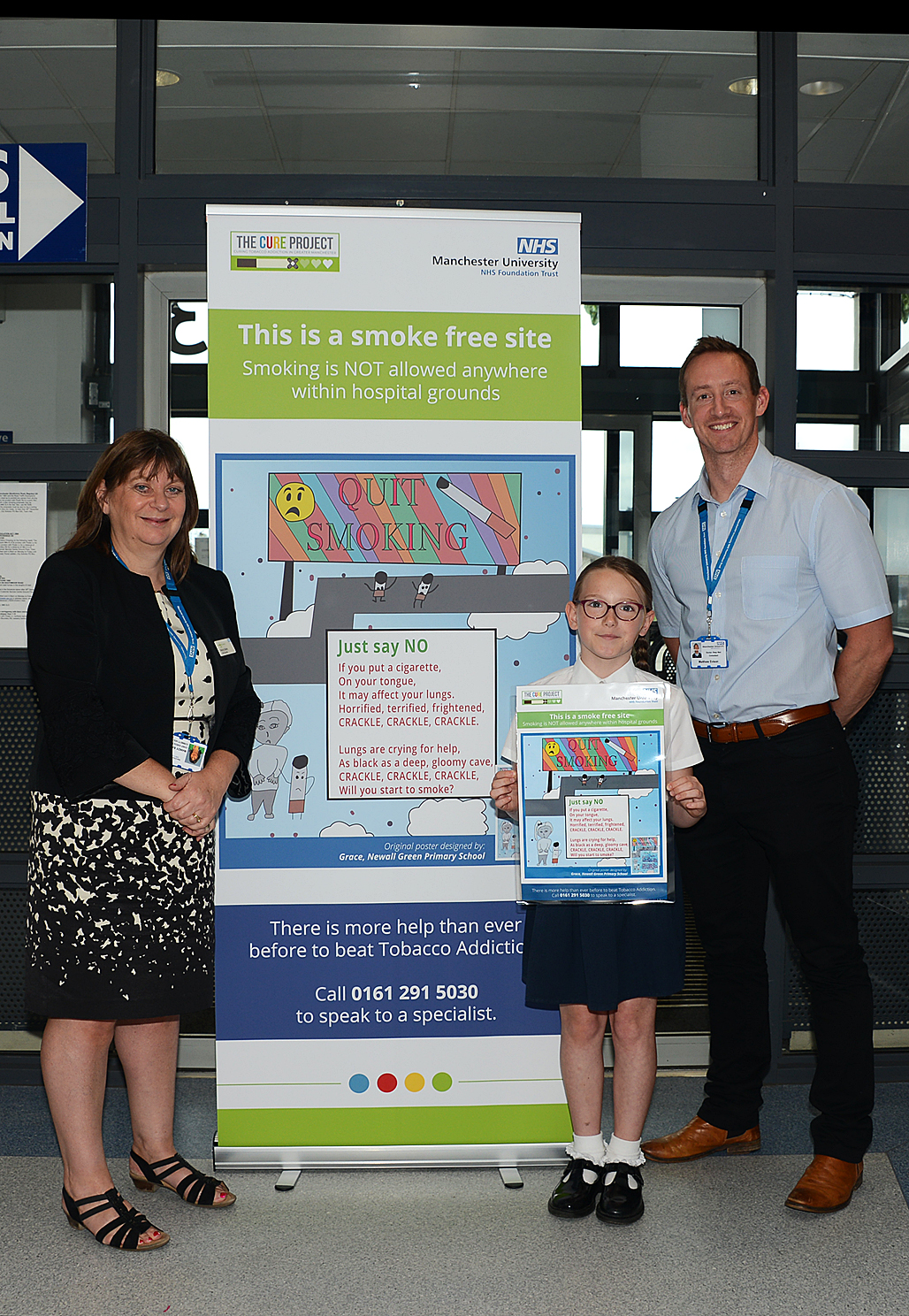 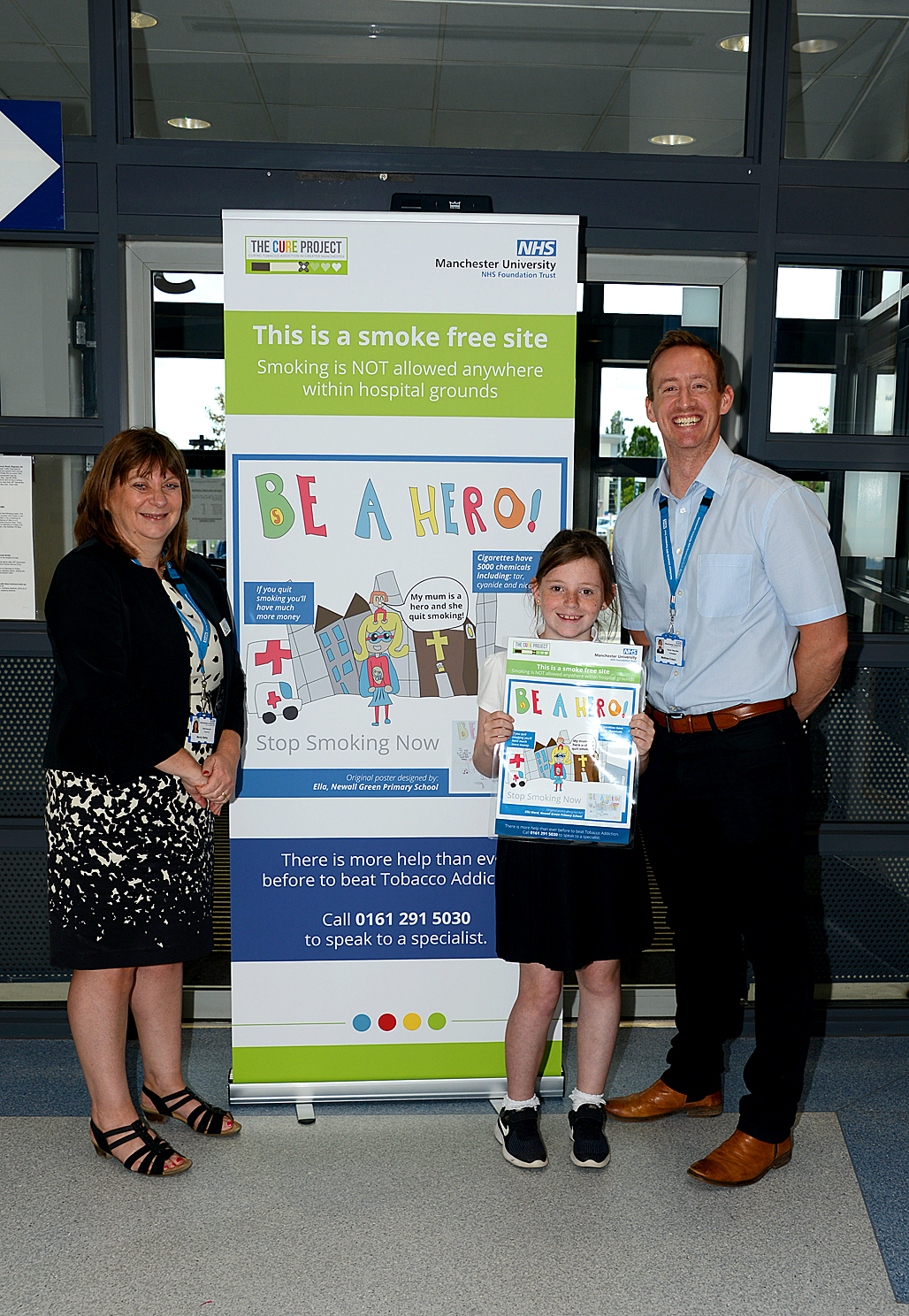