A North West physiotherapist who travels the world with the Women’s Tennis Association (WTA) Tour has described her time caring for patients at the NHS Nightingale Hospital North West as some of the most rewarding of her career. 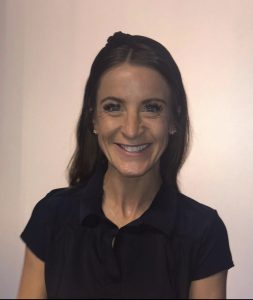 The average age of Natasha Roberts’s patients went up by more than half a century as she switched from treating the world’s best tennis players to helping older people get back on their feet after suffering from Covid-19.

Natasha, 33, originally from Warrington, usually has a hectic annual schedule of up to 25 tournaments a year around the globe, working as part of a global team of specialist physiotherapists to keep elite players in peak physical condition.

But all that came to an abrupt end when the pandemic took hold. Natasha had returned home to the UK just before the national lockdown was imposed and the tennis tour put on hold.

She said: “I was fortunate in that we have an unbelievably supportive network here at the WTA and were able to continue working very closely as a team and worked with our athletes via telehealth to support their fitness and rehabilitation needs at home. But I was missing the hands-on clinical part of my role, so I put my name down to support the NHS during Covid-19 straight away.” 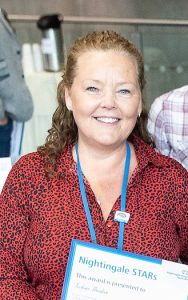 at the temporary hospital. The two had previously worked together at the Manchester Institute of Health and Performance, where they had managed rehabilitation for those seriously injured in the 2017 Manchester Arena bomb attack.

At the Nightingale, they were focused on intensive rehabilitation to help older patients stand, walk and rebuild their strength to get back to their normal lives after many weeks in hospital.

Natasha said: “I said yes straight away – I’d never hesitate to work with Justine, her work ethic and genuine care for her team and patients is second to none. It seems a strange thing to say during such an awful pandemic, but I really did enjoy every minute of my time working at the Nightingale. Alongside my work with the bomb blast rehabilitation unit, this has been one of the most rewarding challenges of my career since qualifying 12 years ago.

“It’s very humbling, working with patients who have so much life experience and been through so much with Covid-19, and it was a great feeling every time we helped someone get well enough to go home to their carers and families.

“We had a great and unbelievably diverse team at Nightingale – we all came from different backgrounds including private practice, armed forces, returning retirees and more. I have been so humbled to work alongside each one of them, and we all learned from each other to provide innovative approaches to the patients’ rehabilitation. I have made new friends for life”

“It makes you put everything into context and realise that life can throw anything at you at any time, but all you can do is embrace it, take one day at a time and do the best you can with true kindness and a positive attitude.”

Justine said: “Building a team to deliver rehabilitation for COVID-19 patients at the Nightingale NW was always going to be a challenge, particularly when starting with nothing!

“Thankfully I had the experience of working with Tash previously and knew she would rise to any challenge. As always she gelled immediately with the team bringing her usual contagious energy and enthusiasm.

“Tash’s professional sports rehab skills and previous experience of working in the NHS were very complimentary with the skills of delivering rehab in very different and difficult environment. Her skills supported those of other coming from varied backgrounds including returning retirees, private physiotherapists, Mental Health practitioners, Army reserves, major trauma specialist, Paramedics and Paediatrics.

“It has been an honour and a privilege to be part of this rewarding response to a global historical event. It has been an absolute delight to have Tash with us.”