Women diagnosed with womb cancer should now be routinely screened for the genetic condition Lynch syndrome (LS), following a new guideline issued by the National Institute for Health and Care Excellence (NICE).

Lynch syndrome is an inherited cancer predisposition syndrome caused by a fault in a gene called a mismatch repair gene responsible for DNA repair. This faulty gene runs in families and means anyone with the condition carries a high risk of developing womb, bowel and other cancers. Around one in three hundred people are thought to have LS, with many unaware they have it.

Under previous NICE guidance, routine testing was only recommended for patients diagnosed with bowel cancer, alongside testing for their family members. However, this will now be extended to women with womb cancer. 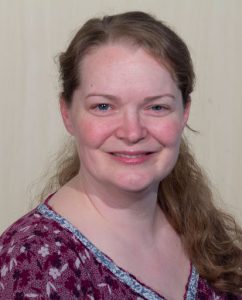 “This is fantastic news and a huge breakthrough for women’s health. This new guideline means women with womb cancer and their families should have access to vital screening and treatments offered for other cancers related to Lynch syndrome.

“This really was an unmet need and will go a long way to identifying more people with Lynch syndrome and identifying cancer early when it is more treatable.

“We’re extremely proud that our team, based across Saint Mary’s Hospital and The University of Manchester, was able to establish the body of evidence behind the change in guidance. We’re also grateful to the hundreds of patients who, thanks to their participation in research, have made this possible.”

If women test positive for LS, they will be routinely monitored for early signs of bowel and other cancers, and offered preventative treatments to reduce their risk of future cancers. Family members will also be tested and offered similar care and treatment if found to carry the syndrome.

Both Professor Crosbie and Professor Evans are researchers with the NIHR Manchester Biomedical Research Centre’s (BRC) Cancer Prevention and Early Detection theme which aims to reduce the burden of common cancers on the general population, particularly those inherited through family members.

“Testing people for Lynch syndrome after they’ve been diagnosed with womb cancer will not only benefit the patient but it also has the potential to identify those family members with this genetic condition.

“This guidance could have a real impact on people’s lives. By being identified as having Lynch syndrome, relatives will know they are at higher risk of gynaecological cancer which may also help them make decisions about family planning, which could mean starting a family earlier.”

Professor Graham Lord, Vice President and Dean of the Faculty of Biology, Medicine and Health at UoM, said:

“The publication of this new guideline is a critical step towards improving Lynch syndrome diagnoses, and for the prevention and early detection of womb, bowel, and many other cancers.

“As a result of this work by Professors Emma Crosbie and Gareth Evans and Dr Neil Ryan, as many as 1,000 people per year will find out that they have heightened risk of developing these cancers, and will be able to join prevention and early detection programmes, and take other risk-reducing decisions, that will save many lives.”

“As the CEO of a charity that’s core mission is to make preventing cancer a reality, I couldn’t ask for better news. Ultimately this is about reducing the number of people who may develop one of these devastating diseases in the future.

“Offering womb cancer patients a test for Lynch syndrome means that more people will also be screened for bowel cancer. Crucially, it means that their families can be tested for this gene mutation which puts them at higher risk of cancer development, prior to the devastating news of a diagnosis allowing them to be vigilant and take action.”

“This excellent decision will undoubtedly save lives from bowel and other cancers by identifying more people at risk through Lynch syndrome.”

Professor Crosbie’s team have also led research to develop urine testing for cervical cancer, and received national recognition in 2019 for their recruitment to cancer trials.