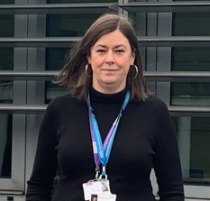 As one of the country’s leading clinical academics in the field of cough, Professor Jacky Smith is one of our most prominent female researchers. We profile her to mark International Day of Women and Girls in Science.

“The clinical side of my role is in respiratory medicine, so I look after people with conditions such as lung disease and long-term coughing.

“As a researcher, I study the cough reflex and, with my team, have developed a system to measure and monitor cough. I run a multi-disciplinary research team and we are quite far down the track with a new drug, which we hope will become available to patients in the next few years.

“It’s the first ever treatment for chronic cough and the first drug in its class – so it’s enormously exciting.”

Health research often takes many years to translate from ideas, through clinical trials and licencing of a new treatment that eventually becoming available to patients. Indeed, Professor Smith began research into cough monitoring as part of her PhD, more than 20 years ago.

“We are starting to see some of that initial research come to fruition now with this new drug. Seven or eight years ago I led a proof of concept study – just with patients in my cough clinic at Wythenshawe Hospital – and the amount of coughing was reduced by 75 per cent, measured using our cough monitoring system.

“These are people who have tried lots of treatments already with no benefit and it makes them miserable, it really does.”

Professor Smith and colleagues reported results of the larger-scale Phase 3 trial in September 2020 and are hoping to publish the results during 2021.

But despite being on the verge of a breakthrough, Professor Smith may never have pursued the clinical research route at all.

“I did some research because I thought I needed to in order to be competitive for a consultant job and then I loved it. It wasn’t like I had a burning desire to be a researcher, everyone around me had done some, but then I really liked it.

“In terms of women in science, I’m a respiratory doctor and there are lots of women in the field, I’m not on my lonesome at all!  But there are a lot less female clinical academic scientists in this area.

“I don’t fully know the reasons why; the clinical research world is very competitive and women tend to end up with more of the caring duties and have time out to have children, so maybe that does set them at a bit of a disadvantage.

“But we need women in science, because we need the best people in the field doing the best science, and there should be no barriers to that, be it gender or race or anything else.” 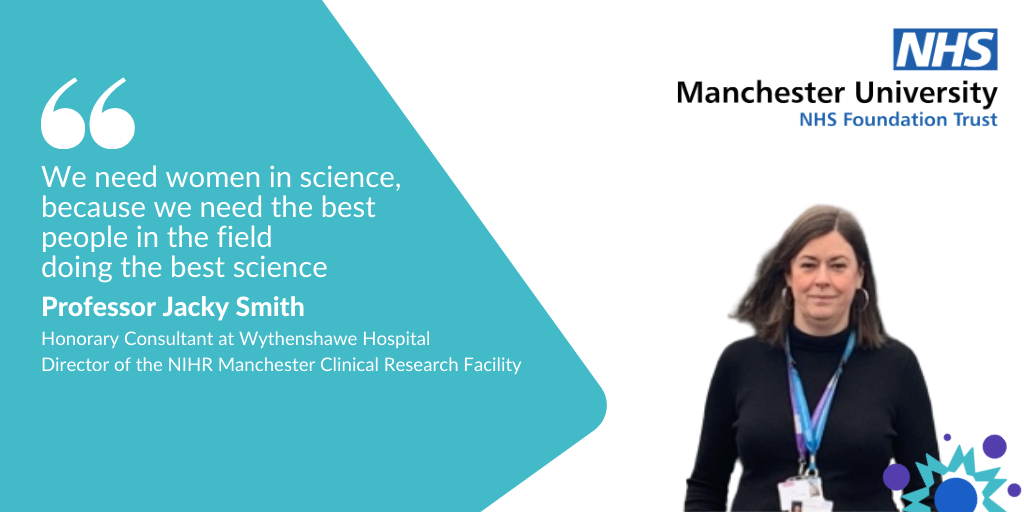 Despite having few female contemporaries in cough research, Professor Smith has peers in related fields she draws inspiration from.

“As Director of Manchester CRF Director, it’s fantastic to see so many talented female researchers working within it. I’m proud that our CRF is able to help nurture the careers of a diversity of gifted young researchers. ’m also part of the executive committee for the Manchester Biomedical Research Centre and I am very proud of the good equality we have within our BRC, with many female research theme leads.

“Professor Maria Belvisi, Head of the Respiratory Pharmacology group at Imperial College London’s Heart and Lung Institute, is a good friend and role model in a similar field and I still collaborate with her, even though she’s very busy as a Senior Vice President at Astra Zeneca.

But while she has many female peers and role models who inspire her, she asserts that we need more women within senior leadership in science and clinical research.

“When I used to get invited to boards and conferences, they were all male and they all knew each other! So that was quite tough at first.

“But I soon got to know them, so I don’t find it intimidating now – but that’s definitely something I developed over time.

“Even at school, I was one of a small number of girls in the A-level group, but I was just quite good at science and maths and I wasn’t going to let being outnumbered by boys stop me doing what I was interested in.”

To encourage other girls to pursue a career in science, health and research, Professor Smith – in collaboration with Vocal,  a not for profit organisation, hosted by MFT in partnership with The University of Manchester – has been involved in public involvement work with children, something she’d like to do more of in future.

“Having women and girls in science is important, and hopefully showing that you can come from a fairly ordinary background, with working class parents and from a comprehensive school and still become a science professor, can help in a small way.”