People taking part in a vaccine study at Manchester University NHS Foundation Trust (MFT) have shared their motivations for taking part – in the hope others might be inspired to do the same.

The main aim of the EVERGREEN trial – sponsored by Janssen Vaccines & Prevention B.V. – is to see if the study vaccine can prevent disease by respiratory syncytial virus, or RSV, in older adults. Information about the safety of the study vaccine will also be collected.

RSV is a common, seasonal virus that affects the airways of the lungs and can infect people of all ages. Most people with RSV have only mild, cold-like symptoms, however, older adults can sometimes have serious complications – including inflammation of the lungs or pneumonia. Currently, there is no licensed vaccine for RSV.

At MFT, the trial is being delivered by the Trust’s Research and Innovation Vaccine Team and is actively recruiting people aged 60+. 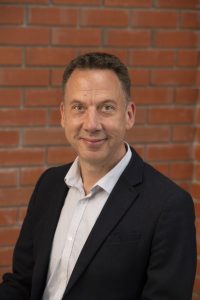 Professor Andrew Ustianowski, Consultant in Infectious Diseases and Tropical Medicine at North Manchester General Hospital, leads the study at MFT. He said: “RSV is an infection which is under appreciated, but is a common cause for people to have chest infections.

“Adults who particularly suffer are the elderly, or those who have heart or lung problems. In some cases, these can cause death.

“In Europe, RSV accounts for one to 11 per cent of all flu-like illness in under 50s, and two to 18 per cent in people 50 years and older.

Professor Ustianowski, who is also Clinical Lead for the National Institute for Health Research (NIHR) COVID Vaccine Research Programme, said: “At the moment we have no licensed or available vaccine to prevent this infection.

“If we could develop a vaccine then it could help prevent a lot of people, particularly those with heart and lung disease, from developing severe chest infections related to this virus and ending up in hospital or unfortunately dying.

“This is a large study involving 23,000 people around the world, which should give us good information on how well it protects against this virus.

“If the results are as positive, as we hope, then it will provide an important new vaccine for elderly people and people with heart or lung disease.”

Katie Jones is 61-years-old and lives in Monton, Salford. She recently retired, but previously worked in the NHS.

Katie said: “I’d seen quite a lot of children with this illness through work, then this summer my 10-month-old grandson had it and was admitted to Royal Manchester Children’s Hospital.

“He was very ill, but because I have heart disease, I am at particular risk from this illness, so I wasn’t able to see him, and that was really hard.

“I’m happy to say that he’s fine now but when I found out that this study was taking place, I was really keen to take part.

“I hope that in the future, as a result of this study, people in a similar situation will be able to see their grandchildren or children.

“I’m really supportive of anything that’s going to improve the health of everybody, especially in Manchester. I think it’s great that we have the research actually going on in Manchester – that we’re at the centre of it.”

*Katie is also pictured above (seated) with some of the MFT study team.

Michael said: “I decided from the age of five-years-old that I wanted to be a doctor. I’ve spent most of my life working in healthcare and I’ve just loved the profession.

“Although I don’t have any health issues myself, now that I’ve retired, I just want to carry on and do something to help people. So, I searched ‘volunteering for vaccinations’ online and that’s how I became involved in this study.”