Staff at North Manchester General Hospital have moved into a new modular building on site. The building is part of wider works planned as part of the total redevelopment of the Crumpsall site.

The project has already received approval for almost £70m of government funding to date for the initial redevelopment plans and the site enabling works. These works include the new HQ, North Manchester House, as well as a Multi-Storey Car Park and Cycle Hub to help address the long-standing car parking pressures at North Manchester General Hospital.

The enabling work funding which has paid for the modular build will also see the development of the new Multi-Storey Car Park and Cycle Hub which is due to start next year. These works are preparing the site for full development, once the detailed plans and final funding for the redevelopment of the hospital site is agreed through the government’s New Hospital Programme.

The vision for the redevelopment over the next 10 -15 years – known as the Strategic Regeneration Framework – is to create a focal point for the local community with integrated health and social care facilities, high quality new homes and access to better education and training, alongside more inviting public open spaces. 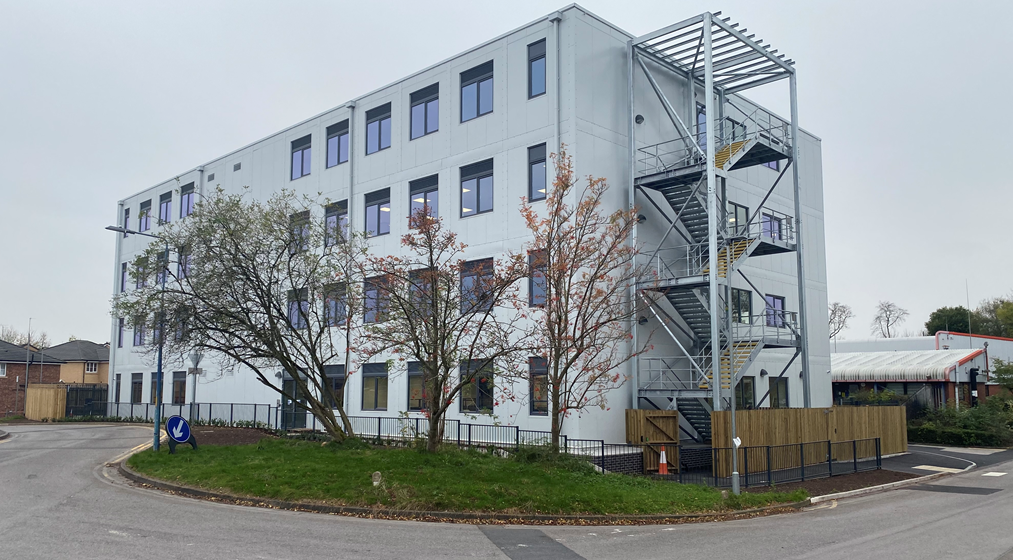