Greater Manchester residents are being encouraged to take part in a major genetics study designed to improve health outcomes for South Asian people.

People from South Asian communities have historically been underrepresented in the large genetic data sets used by scientists, doctors, and policy makers to guide decisions about healthcare. The  Genes & Health study is addressing this by recruiting volunteers from British Pakistani and British Bangladeshi heritage.

The project, led by Queen Mary University of London in partnership with King’s College London, started in East London in 2015 and has since expanded to Bradford, and now Greater Manchester.

Dr Zahid Chauhan OBE has become the first recruit to the newly opened Manchester Genes & Health arm, and the 50,000th volunteer in total. The study is now halfway towards achieving its goal of recruiting 100,000 volunteers by 2024.

Dr Chauhan, a GP in Greater Manchester and an elected member of Oldham Council, has encouraged other local residents to take part as well. Genes & Health is a long-term health study that combines genetic data with lifetime NHS health record data, with the ability to invite volunteers to return with consent for more detailed research studies.

Taking part is straightforward – volunteers are asked to donate a saliva (spit) sample and provide their name and date of birth. 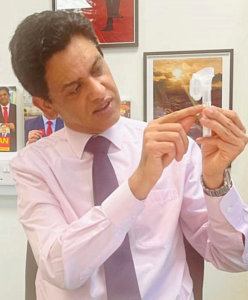 Dr Zahid Chauhan OBE said: “British South Asians are underrepresented in research and have had terrible outcomes from the COVID pandemic. I am delighted to be the 50,000th volunteer for Genes & Health and the first for Manchester, bringing the research spotlight to health inequalities across England.” 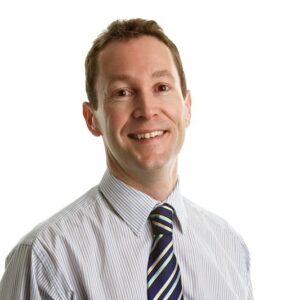 Professor Bill Newman, Consultant in Genomic Medicine, and Principal Investigator for the study at MFT, said: “We know that, unfortunately, South Asian people have some of the highest rates of heart disease, diabetes, and poor health in Greater Manchester and across the UK. Genes & Health is a study that is making real progress in reducing these health inequalities and providing a very accessible way for people to be part of research that can benefit so many people.”

Dr Sarah Finer, Consultant in Diabetes and Senior Lecturer at Queen Mary University of London said: “Genes & Health is doing what it said it would – bringing benefits to health deprived local communities. Our new scientific data and more volunteers will enable us to do even more to improve health in British Pakistani and British Bangladeshi communities as well as the wider UK population.”

British South Asian people have the highest rates of heart disease in the UK and are six times more likely to have Type 2 diabetes than the rest of the UK population. British Bangladeshi and British Pakistani people have also had the worst COVID-19 outcomes in the UK.1

Data from Genes & Health have also been used to uncover important scientific discoveries such as: why COVID-19 affects some people more severely than others2; a new treatment for a rare childhood kidney disease3; and a new understanding how nutrition links to childhood growth4.

Genes & Health was initially funded by the Wellcome Trust and has also received support from the Medical Research Council, Barts Charity, Higher Education Funding Council for England, and the National Institute for Health Research.