Staff veterans and reservists at Manchester University NHS Foundation Trust (MFT) have spoken of their pride after the Trust was recognised with a Gold Award by The Ministry of Defence (MoD), for its commitment to supporting the armed forces community in the workplace.

The Trust achieved the Gold Award under the Defence Employer Recognition Scheme, which acknowledges organisations that ‘pledge and demonstrate support to the defence and armed forces community’.

MFT is one of 65 NHS Trusts in the UK to receive the MoD’s Gold Award. To mark this achievement, key colleagues from across the Trust, including staff veterans, reservists and MFT’s Chairman, gathered on to mark this proud achievement on Oxford Road Campus.

MFT Chairman, Kathy Cowell OBE DL said: “We are thrilled to be recognised with this prestigious award. As a Trust, we are fully committed to ensuring those who serve or have served our nation, and their families, are not at a disadvantage when accessing healthcare services and employment opportunities. 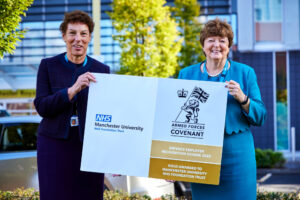 “The award is a real testament to our achievements, and we will endeavour to work hard to ensure we continue to provide high standards of support and care for both our patients, employees and their families within the armed forces community.” 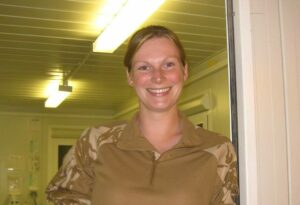 Gail Meers, Corporate Director of Nursing at MFT and Royal Air Force (RAF) Veteran joined the forces 18 years ago and has had a memorable career serving in the Princess Mary’s Royal Air Force Nursing Service.

Gail has worked at various NHS Trusts in the UK and deployed to operational zones whilst serving in the RAF. She says that she ‘utilises the skills she gained within the RAF on a daily basis and is a supporter for veterans and reservists within the numerous roles in the NHS.’

Gail continued; “The Armed Forces Covenant shows the commitment and dedication from MFT for equality to those who serve or have served, and their families. It fills me with great pride to see MFT being presented with the Gold Award and the collaborative working between two organisations I am privileged to have served within.”

The Trust employs and supports approximately 50 staff members, including doctors and nurses, who are currently serving as reservists in local regiments or veterans, but work is ongoing to identify more staff members of the armed forces community at MFT. 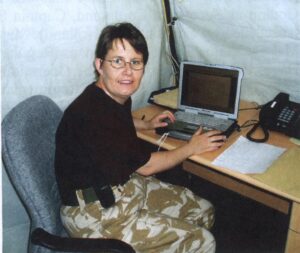 Helen Ball, Theatre Nurse at Saint Mary’s, began her nursing career almost 40 years ago and first joined the Army as a reservist in 1990. Helen is now Second in Command at 207 Field Hospital which is a reservist unit in Manchester and has worked her way up the ranks over the last 22 years.

Throughout her career, Helen has provided vital medical support whilst on deployment in Afghanistan and Iraq, as well as travelling to various other countries on military exercises. Being part of the forces and working in theatres whilst on deployment has allowed Helen to grow in confidence and build on her teamwork and leadership skills, which she has utilised in her nursing role at MFT.

She said: “It is very important to know that staff are supported throughout their military career, especially when they are deployed on operations. I, personally, have undertaken three operational tours whilst working within MFT with full support from the Trust. The Gold Award is fabulous recognition and is a great morale boost for staff, patients and their families who are reservists or veterans.”

To be eligible for the award, employers must sign the Armed Forces Covenant – a promise that those who serve or who have served, and their families, are treated fairly. MFT signed this covenant in 2019.

Peter Blythin, Group Executive Director of Workforce and Corporate Business said: “MFT is fully committed as an organisation to supporting the armed forces community. The Board of Directors recognise the breadth of transferable skills, knowledge and experience they bring to the workplace. I am personally very proud to see our Trust recognised for its achievements and we will continue to build on our support offerings to patients, staff and their families.”

MFT previously held a Silver Award in 2020 but has since developed a number of initiatives to achieve the gold accreditation, such as allowing staff members to record their armed forces status through the NHS Electronic Staff Record (ESR), led by Grace Henderson, MFT’s Veteran Integrated Hospital Care Programme Manager.

In addition to the Gold Award, the Trust is also the first in the North West to achieve its reaccreditation for Veteran Aware Status which was obtained earlier this year. MFT is one of seven NHS trusts to be reaccredited. Veteran Aware trusts are leading the way in improving veterans’ care within the NHS, as part of the Veterans Covenant Healthcare Alliance.